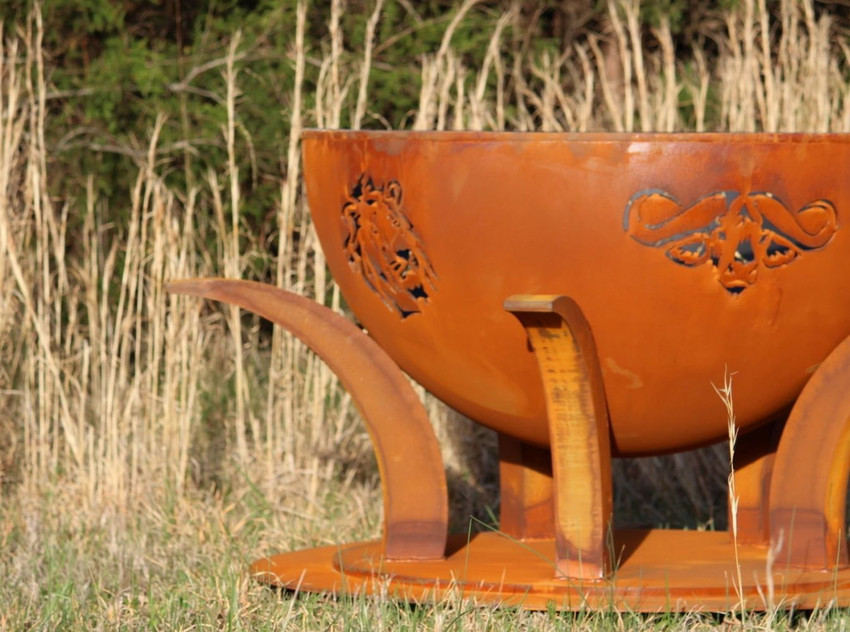 Africa's Big Five: Who Are They?

Africa's Big Five: Who Are They?

Imagine riding down the plains of Africa in the heat of the sun beating down on the Serengeti around you. Looking upon the horizon what do you imagine walking across the plains? Chances are one of the African big five animals are the ones you envision. African Lion, Elephant, Rhino, Leopard, and Cape Buffalo; these are Africa's Big Five. What do you know about these majestic creatures? What makes them so valuable to the African ecosystem?

The African Lion is a sociable animal that is one of Africa's largest cat species. Living in packs, these large animals can survive in almost any habitat in the country of Africa. However, depending on the region in which a lion lives, the color of his coat will vary. In more cool and humid climates the fur will appear darker, while the same is true for the opposite climates. One interesting fact that most do not know is that African lion cubs are all born with blue eyes. Once the lion cub turns to the age of two or three, the blue will change to amber brown.

The African elephant is the world's largest land animal roaming the planet today. A typical day for this creature consists of mainly looking for food to support its massive body. An African Elephant spends nearly one-third of every day in search of food for survival. Weighing an impressive 2.5 to 7 tons, these creatures need large quantities of sustenance. In order to supply their body with the food needed, they rarely sleep. Instead, these animals travel in packs day and night searching for food. The African elephant's most noticeable feature is the trunk. The trunk is useful for breathing, drinking, and grabbing and consists of over 100,000 muscles. The Tusks are what have put this animal on the endangered species list. Many poachers attack these large mammals for the ivory found in the elephant tusks.

The Rhino is a loner animal that prefers to keep a distance. There are two species of African Rhinos: The Black Rhino and White Rhino. The Black Rhino is one of the top largest in the Rhinoceros family and endangered today. Both species tend to exhibit behaviors of aggression when they feel threatened. These animals weigh from 1100 to over 5000 pounds. However, these magnificent creatures use their weight and horn for defense from predators. Rhinos are herbivores, while many believe they use their horn to hunt, that is not true, it is for pure protection.

The African Leopard is a powerful and graceful mammal, and one of the most powerful predators. The leopard can weigh anywhere between 66 and 176 pounds, with a tail measuring about 4 feet. These mammals find ease in climbing even the tallest trees, which benefit them in their hunts. Leopards have two strong hunting techniques: swimming and stalking. Although they are felines, leopards break the stereotype and are strong swimmers. They use this to their advantage while hunting in the water. Leopards stalk their prey under the guise of darkness due to their nocturnal nature.

The Buffalo travel in herds of up to 1000 total and are typically found near water. These animals, although herbivores, are one of the most dangerous of African creatures. Cape Buffalo has a reputation for killing more Lions and hunters than the other big five. These impressive mammals can reach up to 11 feet in length, over 5 feet high, and up to 1900 pounds!

Now you know the magnificent history and surprising facts about these five animals! At this time, we will turn our attention to the fire pit that we created in honor of these five majestic animals.

Fire Pit Art® The Big Five is handmade with 1/4" thick mild carbon steel and finished with an iron oxide patina. In continuity with the theme, the base has a unique design resembling the elephant tusks. This sturdy base is handmade of 3-inch carbon steel. This fire pit will be an easy addition to any outdoor area with an overall height of 28 inches and a width of 58 inches. But don't let the sleek design fool you, this fire pit holds sturdy at 700 pounds, built to last generations. If you are in the market for quality and durability, Fire Pit Art® is the company for you.

Want to dedicate your fire pit area to the African theme? Try placing some potted plants around the area beginning from your fire pit location. African potted plants come in many shapes and colors. For a thick and darker look try an aloe plant. Not only are these plants appealing, but they also hold many medicinal properties. Many utilize aloe for burns, colds, the flu, and even treating canker sores. For a thinner and lighter look try an airplane or spider plant. These plants grow thinner, longer leaves and can cover a larger surface area.

If you desire flowers to add to your African themed outdoor experience, try the following.

Impatiens (also known as touch-me-nots): Originating in Tanzania to Mozambique)

For more unique African plants you can plant Figs, Hibiscus, Cotton, or Water Lilies. Planting will be dependent on the climate in which you live, so please plan accordingly.

When decorating try to stick with Earthy tones such as browns, greens, reds, and oranges. These colors are largely used in African culture. Base colors will tend to be blacks, browns, or creams, with other earth tones as the accent colors. These accent colors resemble the sunsets, the water, or the grassy plains. African decor will contain varying prints and colors for tribal drama. These may include zebra prints or bright geode designs against a base brown pallet. Many African themes include the influence of the nature around them. Through our unique designs, we included nature influence in our fire pit, Africa's Big Five.