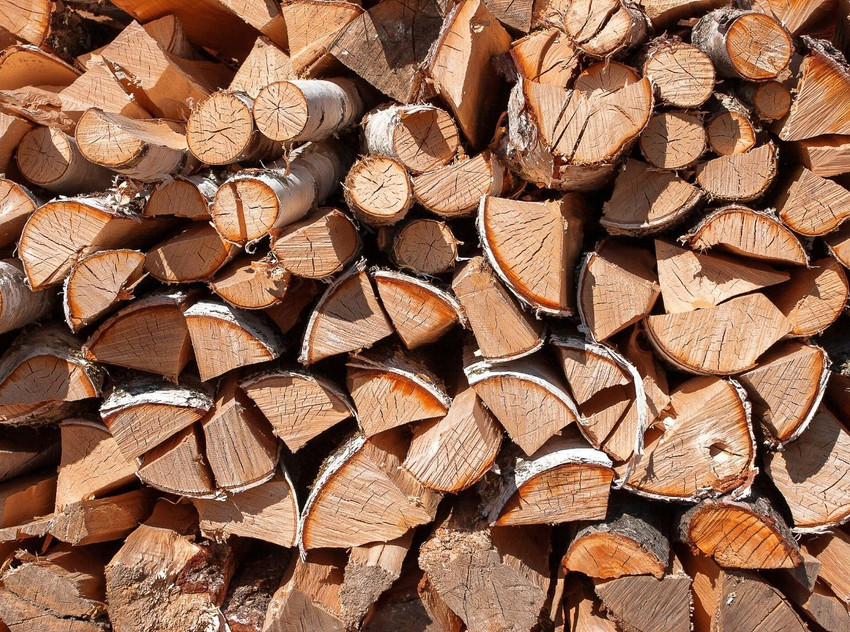 Can I Burn Any Wood in My Fire Pit?

Not much beats the comfort of a hot and roaring fire pit on a chilly autumn night. While you sit and relax enjoying your Fire Pit Art® fire pit, what are the best and worst woods to burn? While some people will burn any wood accessible, there are wood qualities to be aware of before your fire. Knowing the preferred characteristics of wood can ensure the most enjoyable fire while knowing which woods can be hazardous to move and burn will also ensure your fire is safe to everyone around.

Hardwoods: Arguably, the best wood for fires is Hardwoods such as Oak. Hardwoods burn longer than other woods, and burn cleaner, meaning it creates less smoke and residue than other woods. These denser woods will produce a hotter, stronger, and long-lasting fire. These woods tend to be more difficult to ignite, so a starter wood, such as a softwood, maybe the best way to start the fire, while adding the hardwood to the flame. Due to the characteristics that these hardwoods provide, you will have to attend to this fire less often. Creating a relaxing, warm atmosphere for you and your guests to enjoy the flames dancing before you.

Certain Softwoods: In some instances, seasoned softwoods maybe a wood of choice. As aforementioned, using a seasoned softwood as kindling may appeal to you. These woods, such as fir, tend to ignite quickly, give off a pleasant aroma, and assist in igniting the hardwood that is adding to their flame. However, using these woods for the entire run of a fire can become burdensome, as we will discuss in the latter portion of this article.

Seasoned Woods: The term “seasoned wood” is a secret to the best fires. This term means the wood has been able to sit, or season, and was not a freshly cut lumber. Recently cut wood has not had time to season and will trap sap and moisture that make the wood difficult to ignite. The liquid in an unseasoned oak cord is said to measure up to 3.330 gallons! The look of the wood can help identify if it is seasoned wood. The bark will be easy to detach, and there will be no sap leaking when the bark is peeling. The color of the wood will become dark and cracked. When the wood is dry and seasoned, the wood itself will be lighter in weight than fresh cut wood, as the water has evaporated from the log, creating the change.

Green Woods: Greenwoods are the opposite of seasoned woods. Greenwood is freshly cut lumber that has not been dried and will not ignite easily. The logged water in the wood creates a frustrating burn. Once ignited, the flame of greenwood is fast and smoky. Resulting in needing an abundance of wood to keep a fire going, and the inability to sit and enjoy your fire, as you need to tend the flame and make way for smoke often. Greenwood obtains a fresh-cut appeal, as well as the hard-to-peel bark. Wood should be seasoned for six to nine months if possible. Meaning most of the cut wood for sale this year, should, in theory, be used for next year's fires.

Softwoods: Softwoods are typically less dense than hardwoods and trouble-free to ignite. As mentioned previously, using a seasoned softwood for kindling may be the preferred choice for some. However, for the long run of the fire, softwoods tend to burn fast and leave behind little to no coals to assist in restarting the flame. Softwoods are also known to create a large amount of smoke and flying ash. Aside from kindling, for a long-hot fire, softwood is not the first choice for a fire pit fire.

Drift Wood and construction wood: Neither of these wood types should be used as firewood, as dangerous consequences can occur. Driftwood tends to be soaking in salt and water. The moisture locked into this wood creates a difficult ignition, and the salt-water saturation may release harmful chemicals when burned. The EPA warns against burning driftwood due to the possible toxicity it may cause. You should never use construction materials as firewood. Most lumber created for construction projects have been dipped in chemicals to prevent temporary mildew during the construction process. Pine and other processed lumber are the primary wood sources used in construction wood. The burning of these woods can cause harmful toxic smoke to those around.

Wood with Vines: Outdoor woods that show growth of vines or flowers should not be a source of firewood. Most vines and flowers on wood are safe; however, don’t be quick to burn this source of fuel. Should there be poisonous plants on the wood (such as poison ivy, poison oak, poison sumac, or Oleander) burning these plants, aerosolizes the poison. This toxic smoke then becomes inhaled by those around the flame and carries significant health risks, including possible death.

Be smart when it comes to firewood safety. Know the woods you choose to burn and be sure the woods are a safe choice for those enjoying the fire pit flames. Refer back to this list any time, and check out our log racks to hold your firewood!